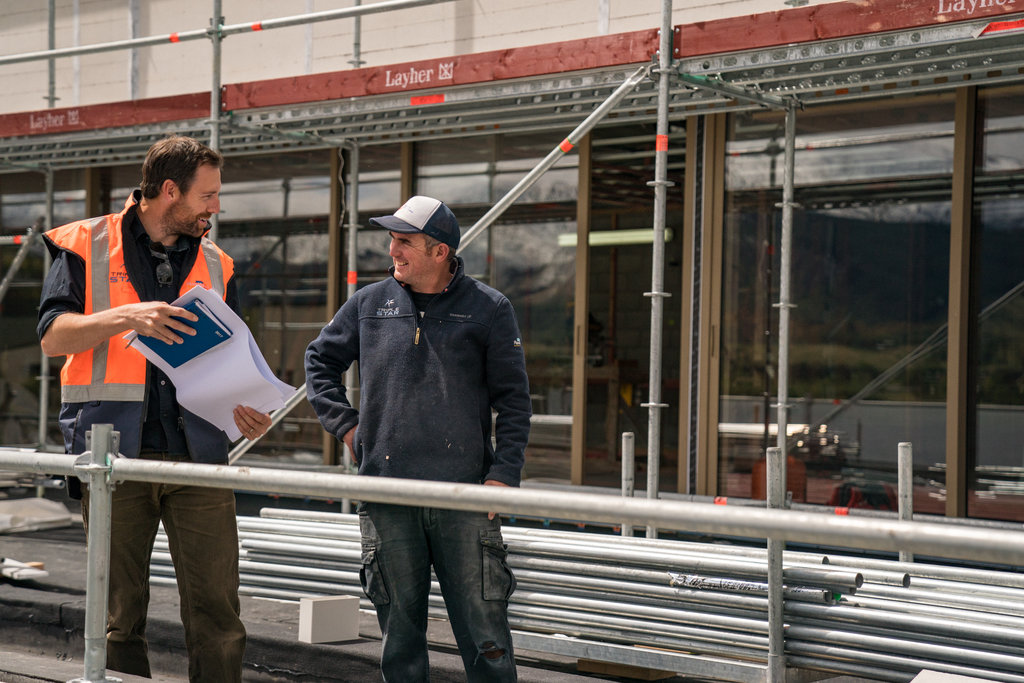 KARL POOLE
Karl has been working as a Foreman for over 20 years and has been responsible for the delivery of many high-end residential and commercial projects throughout the Wakatipu basin. These have included Amisfield Winery, the Church Street development and residential builds at Wyuna Preserve.

PETE NORMAN
Pete is a Southland boy who, after finishing high school, completed an engineering pre-trade course and apprenticeship. He has experience working offshore within the construction industry and has been with Edge Construction and Triple Star since 2007. Pete has worked on a wide variety of large construction projects, including residential builds at Wyuna Preserve and Closeburn Station.

PAUL TER HAAR
Paul has a Diploma in Building and Construction, as well as a Certificate in Carpentry and a Bachelor of Commerce. Having worked in construction for over 13 years, throughout North America, UK, France, Australia and New Zealand, Paul brings a wealth of experience to our projects.